How can I super insulate my walls – part three: up out of the ground …

Having laid the two courses of dense concrete blocks were realised that a row of wall ties was required just below ground level.  To fit these we had to drill into the polystyrene and glue the wall ties in with Chem Fix. 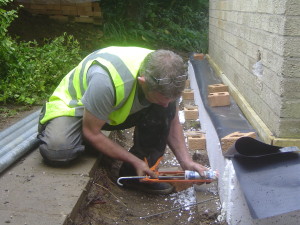 Prior to the walls going up we had to build window boxes. These will close the cavity between the two brick walls and support the windows. 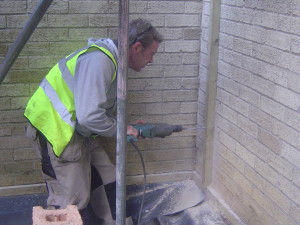 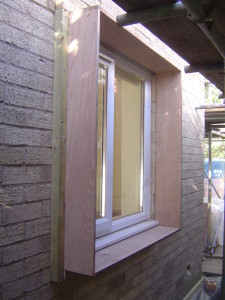 We are using wall ties made of basalt known as Teplo ties supplied by the Green Building Store. They are very low conductivity at just 0.7 W/mK. A new variant of the Teplo tie has just been released with a metal fixing fitted to the end known as Teplo ‘L’ ties. These new ties were much easier to fix to the wall instead of using chem-fix with the regular Teplo ties. 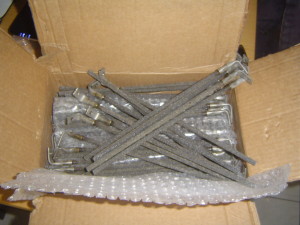 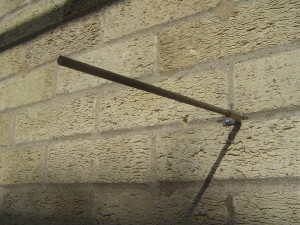 With the ties on site just in time we were ready for Dave and Pete to start laying bricks. 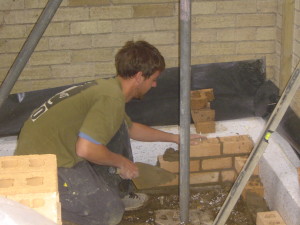 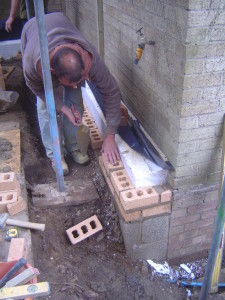 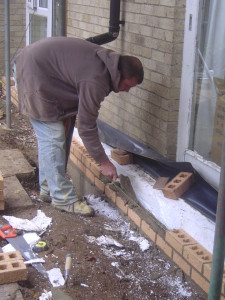 At the corner of the front of the house we needed to key in the new wall to the existing. This required the removal of every other brick up the corner. 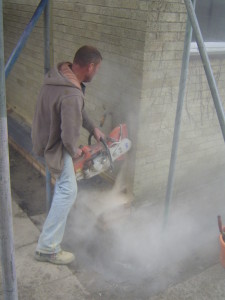 We tried a specialist tool for cutting the perpend but found very careful use of the Stihl saw was the best solution. 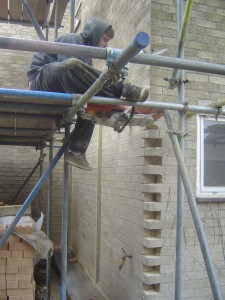 The new bricks are a very different colour to the old ones. We very much hope the brick tinting will work. 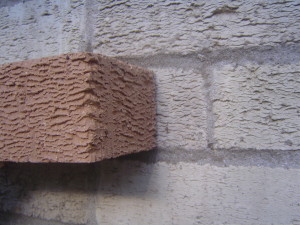 It took us a little while to work out who should fit the insulation. 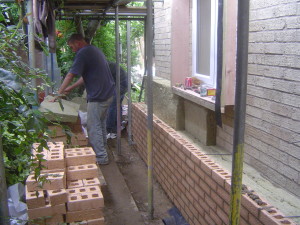 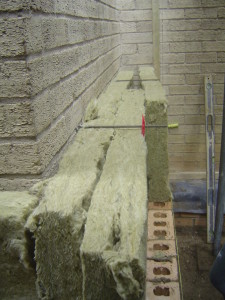 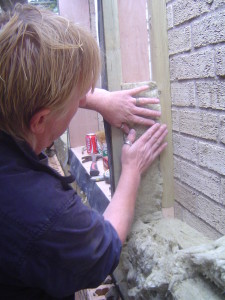