How can I super insulate my walls – part one: foundations

Steve Harris suggested we build a new brick wall around the house to form a second cavity.  The benefits of this approach are:

Some of our neighbours were concerned about introducing a step into the front wall so wouldn’t give us permission to build a new wall at the front of the house.  The new external wall is limited to the back and side with internal insulation planned for the front wall. 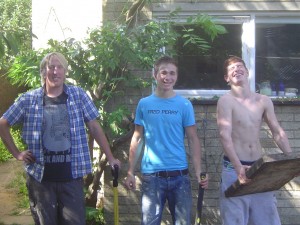 We couldn’t get a skip on site so decided to bag up the soil to make it easier to transport. We thought about using a micro digger but given the lack of space and obstacles decided it would be better dug by hand. 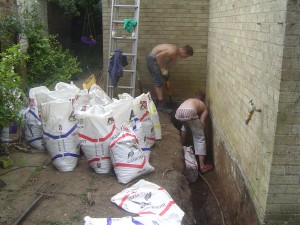 Digging the foundations by hand

To speed up the digging we hired an electric breaker to loosen the soil. 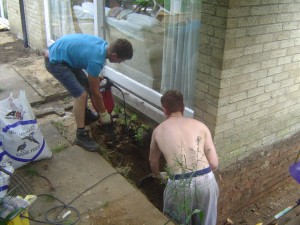 Rather than buy rubble sacks we approached a local farm to see if they had any spare sacks.  They were delighted for us to reuse the plastic feed bags as they otherwise pay to have them recycled. 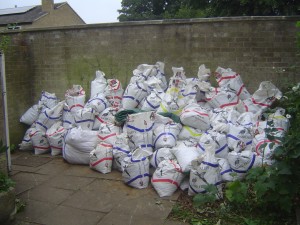 Access to our front door was a bit challenging at this stage. 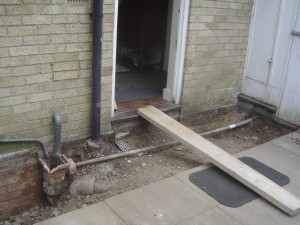 The new wall means the downpipe has to be moved. 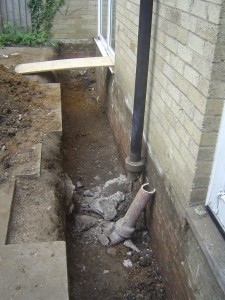 To fix the new foundations to the existing we had to drill holes for steel bars to run between them. 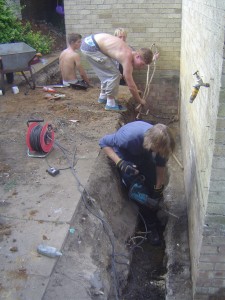 We replaced the old copper mains water pipe with plastic. 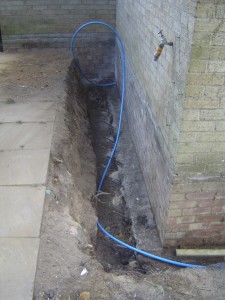 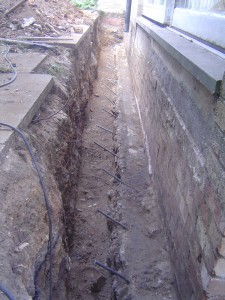 Waiting for the concrete mixer to arrive … 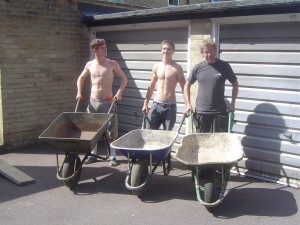 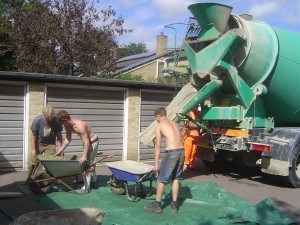 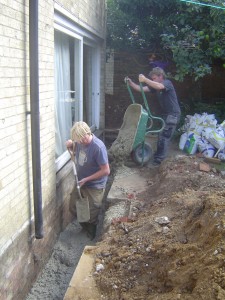 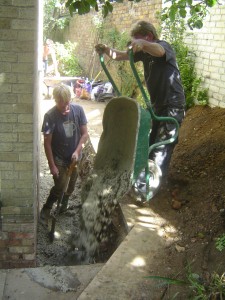 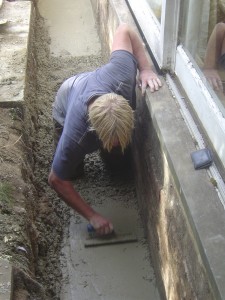 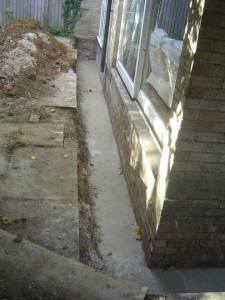 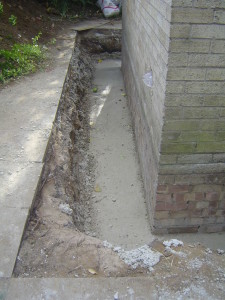 Meanwhile in our kitchen … 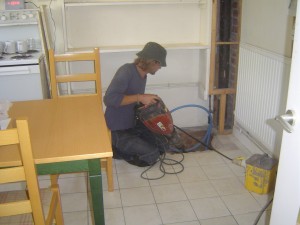